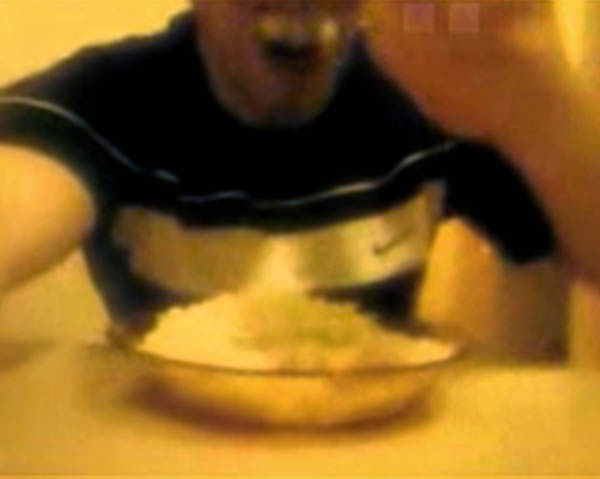 The film called Temps Mort (Dead Time or Time Out) presents an exchange of short video footage assembled into one final edit. Remotely driven footage of daily life in prison, the banality of a sink, of a plant or a plate of pasta are offtset against scenes of life outside, in the streets of Paris, a night of love or seascapes. The dialogue between the inmate and the artist occurs by text messages and captures this exceptional situation of exchange, sharing et perhaps dependence. As the tie between the two men develops, the confrontation between life inside and out of those walls intensifies. Like his previous work, it is interesting to compare this with the documentaries screened in the general media about violence in the suburbs or in prisons.

Mohamed Bourouissa studied at the Arts Décoratifs in Paris and then at the Fresnoy. He is interested in the way in which an image can be constructed in order to approach a situation or a political subject differently. For the photographic series Périphéries, Mohamed Bourouissa composes his images with reference to famous paintings and to Jeff Wall's photographs. The 'banlieue' (suburbs) is staged as a conceptual and artistic object in situations that would normally be typical of photo-journalism. That way, as he says himself, « by deconstructing the clichés surrounding this subject, I deal with the problematic power struggle and its mechanics ». Mohamed Bourouissa was born in Blida, Algeria, in 1978. He lives and works in Paris.
Biography
Mohamed Bourouissa
Born 1978, Algeria, France
Lives in Paris
Details
18 min
Color video, sound
Related
Mohamed Bourouissa, Paris