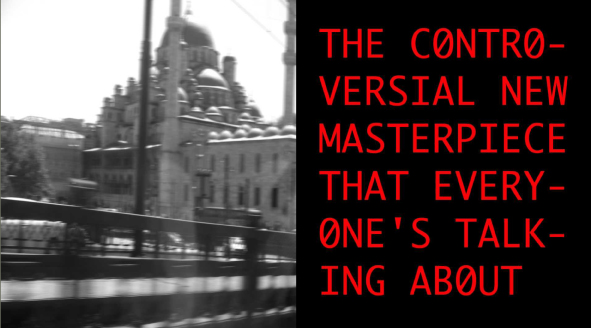 The Bullet is Still in My Left Wrist

To the syncopations of a jazzy soundtrack, Korean words in white against a black background flashes between an English dialogue in black text against white ground. Comprised of curt lines such as “forever” “failure” “to live,” the Korean forms non-sequiturs and double entendres to the English script following a line of questioning between a detective and a victim telling a meandering story surrounding a bullet being in a wrist, going to hospital, traveling to Japan, and the discovery of a love triangle. This narrative of a potentially grave situation is told in a nonchalant manner. Edited with precision, the flashing animation reads at the speed of normal speech, yet, with only a few words per frame, the story insinuates and digresses as different combinations of meaning arise in the viewer’s memory of the story. The rhythm is akin to that of New Wave cinema and the flashing black and white of the screen of text strips bare a filmic apparatus that allows the viewer to consider the mechanics of story-telling.