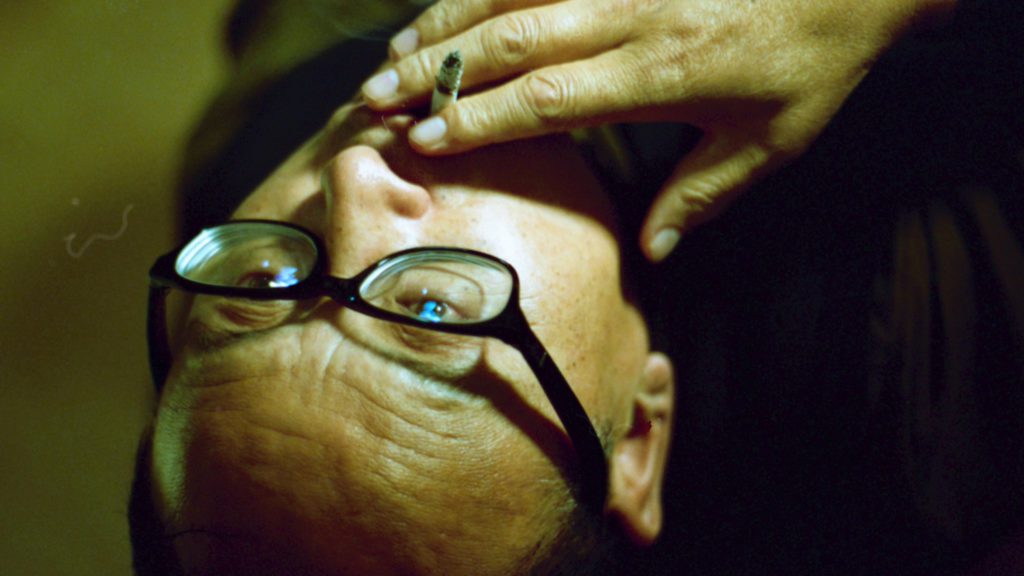 The Interrogation is a video constructed entirely from still film photography and photoshop collage — playing out as a photomontage along with a voiceover. By using still photography instead the moving images, Wang Tuo creates room for the audience’s imagination. The voiceover produces a rhythm to enhance the tensions in the work. The work contains two intertwined narratives–one comes from an audio recording of the artist interviewing a local officer from the Commission for Discipline Inspection. In this interview, the officer talks about the psychological tricks he had used to succeed at his job interview. Then he describes the mental methods he always applies to his suspects during the interrogation process. The other narrative is a short story written by the artist and inspired by Ingmar Bergman’s movie Persona (1966). In the story, an actress who refuses to speak and the nurse trying to make her talk gradually switch roles and turn into each other. These two narratives together bring to mind the complexity of the reality that we are currently in. At the end, the role between the interrogator and interrogated , the actress and the nurse are exchanged. Questions such as the trust crisis, the anxiety and loneliness of modern men and women, the lack of security, the desire of being understood are uncovered.