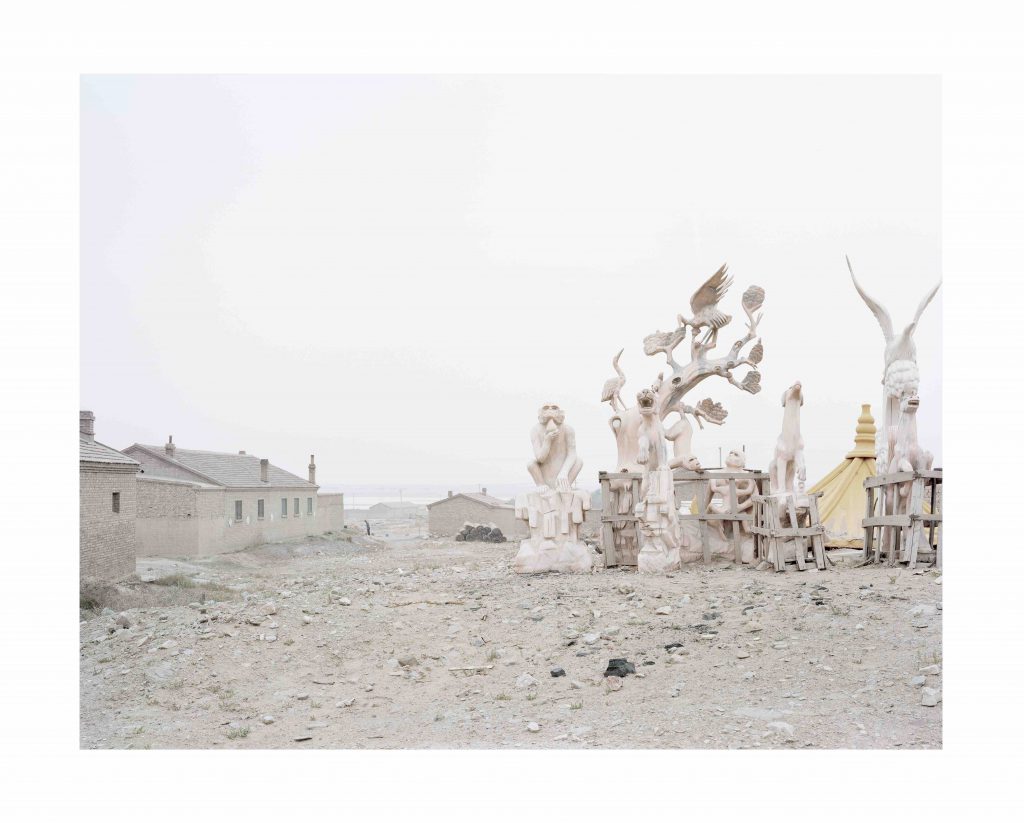 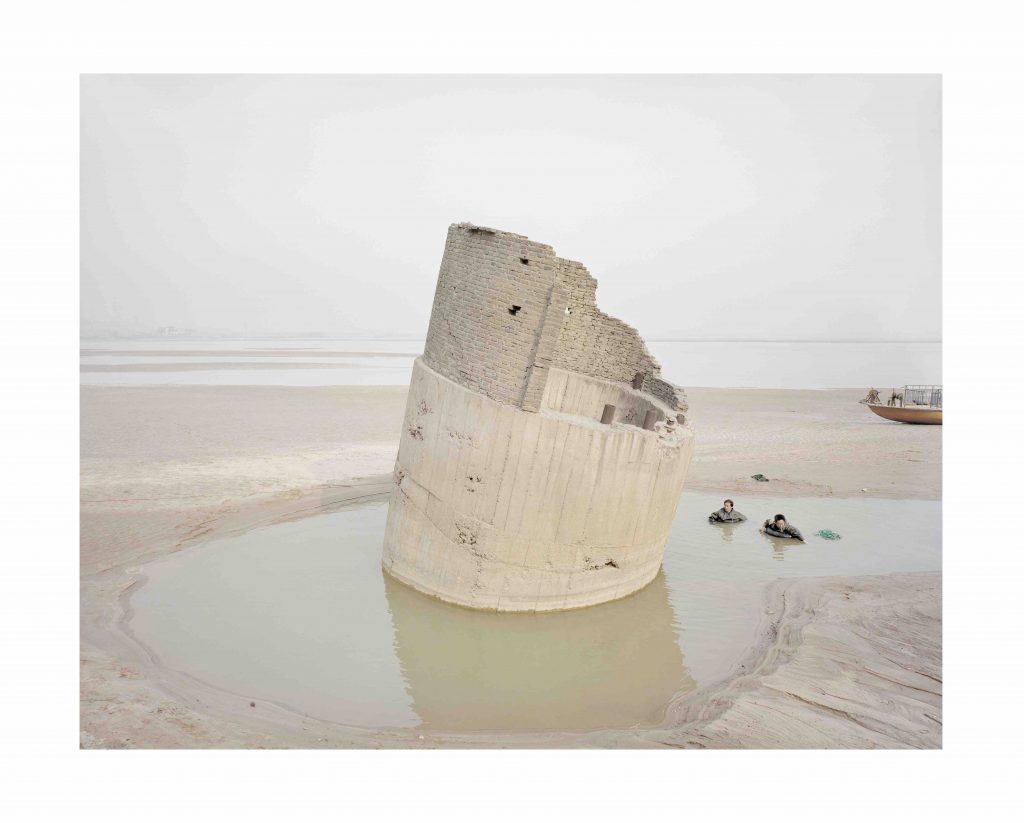 A sculpture beside a county, inner Mongolia, from the series The Yellow River, 2011
1 OF 2

Zhang Kechun’s series The Yellow River documents the effects of modernization along the eponymous river, the third longest one in Asia. The Yellow River is considered the cradle of Chinese civilisation but also to be a threat, capable of breaking its banks at any time. It is also a region where Buddhism flourished, perhaps because Buddhist monks could not survive in other snowy and freezing northern climates.

Inspired by the novel River of the North by Zhang Chengzhi, the artist traveled on a fold-up bicycle in eastern China’s Shandong province, where the river discharges vast amounts of water into the sea, before slowly tracing it westward over several month-long trips heading to the River’s source near the Bayan Har Mountain in Qinghai. The areas surrounding the river had been devastated by flooding and Zhang attempted to poetically expose the emotional impact on the local population. The photograph depicts a Buddha head abandoned in the middle of a coal mining plant in Ningxia. A coal mine owner had started building a golden statue of a dozen meters but when the Buddha’s head broke, no one wanted to deal with it due to its symbolic significance. Pollution accounts for the foggy ambiance of his washed-out, hazy photograph of the Chinese landscape. Rarely featuring people, with an eerily quiet atmosphere, Zhang’s images show how human activities have altered — sometimes irreversibly — the fragile ecosystems around the Yellow River.

Whilst the project was not initially intended to confront environmental issues, Zhang found that ecological matters became unavoidable and the series hums with melancholy for the lost landscape.

Zhang Kechun produces epic vistas that dwell on the significance of the landscape in modern Chinese national identity, and the interaction between people and nature. His photographs often appear as documentary artefacts that halt the high-speed passage of time for a brief moment. He started painting when he was a child, studied art and design and, on graduating, worked as a designer in Chengdu before becoming interested in photography.
Biography
Zhang Kechun
Born 1980, China
Lives in Chengdu
Details
120 x 100 cm each
Archival inkjet print
Related