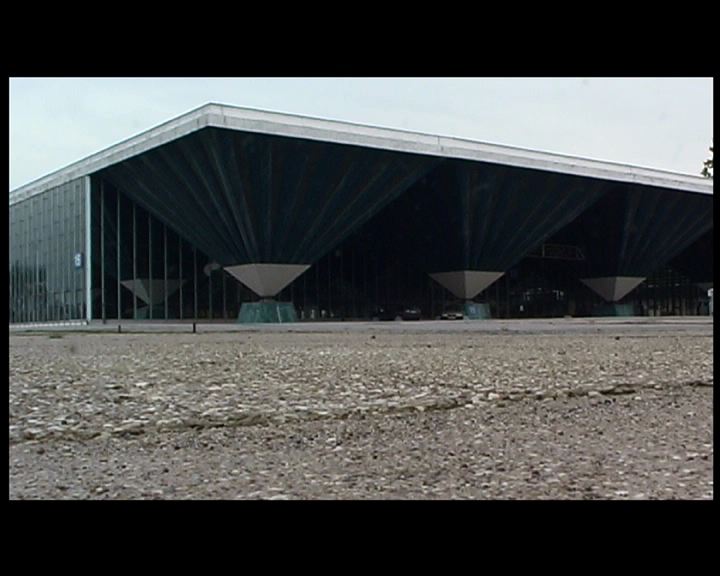 This video was filmed in the middle of the Zagreb fair which took place in the 1960s and 1970s under the rule of Tito. Tito created the fair to signify the exemplary economic exchange between the East and West. The film’s setting takes place at the Italian pavilion, where several young people are seen sitting in cars, trying to repeat sentences in English. The Zagreb fair initiative may have seemed positive for the development of trade with the world and a brighter future beyond the borders of their country, however, the tone, the monotony and repetition, without conviction of the same phrases reveals the absurdity of the situation. Politically, Croatia, in this time was a candidate for Europe.  Economically the country has been in a long recession with an uncertain future for new generations. Time is suspended, the outlook has been blocked for an indefinable period.