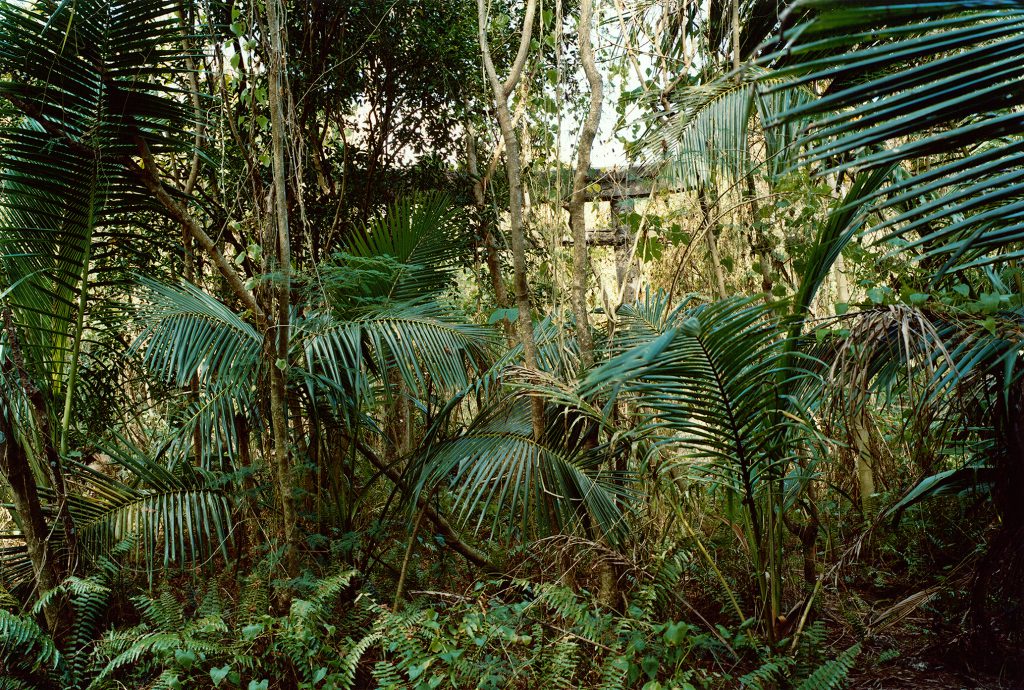 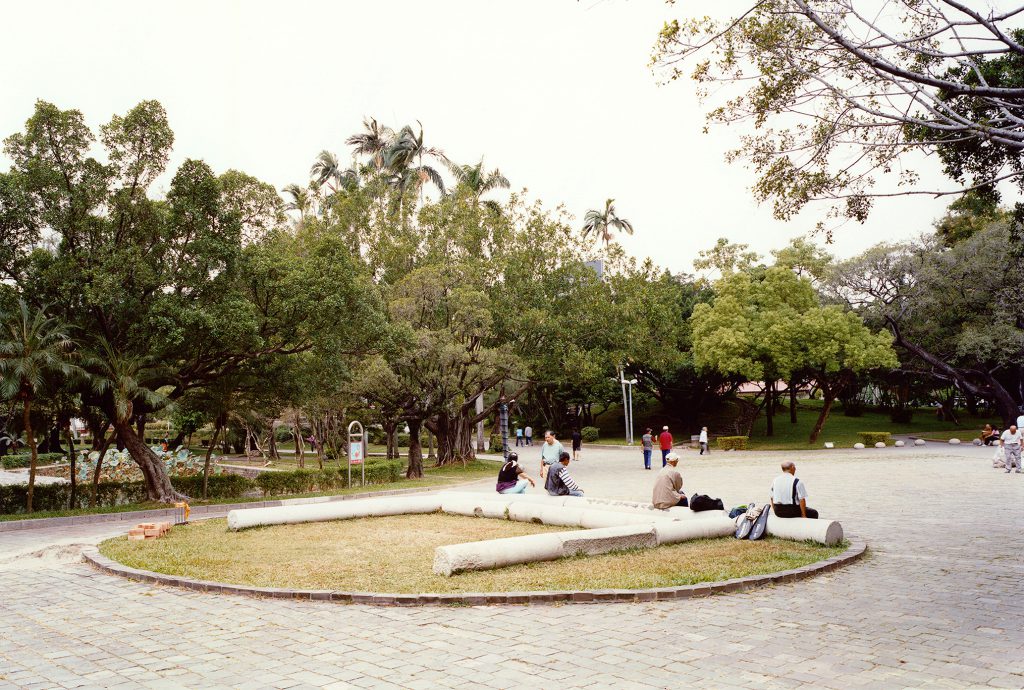 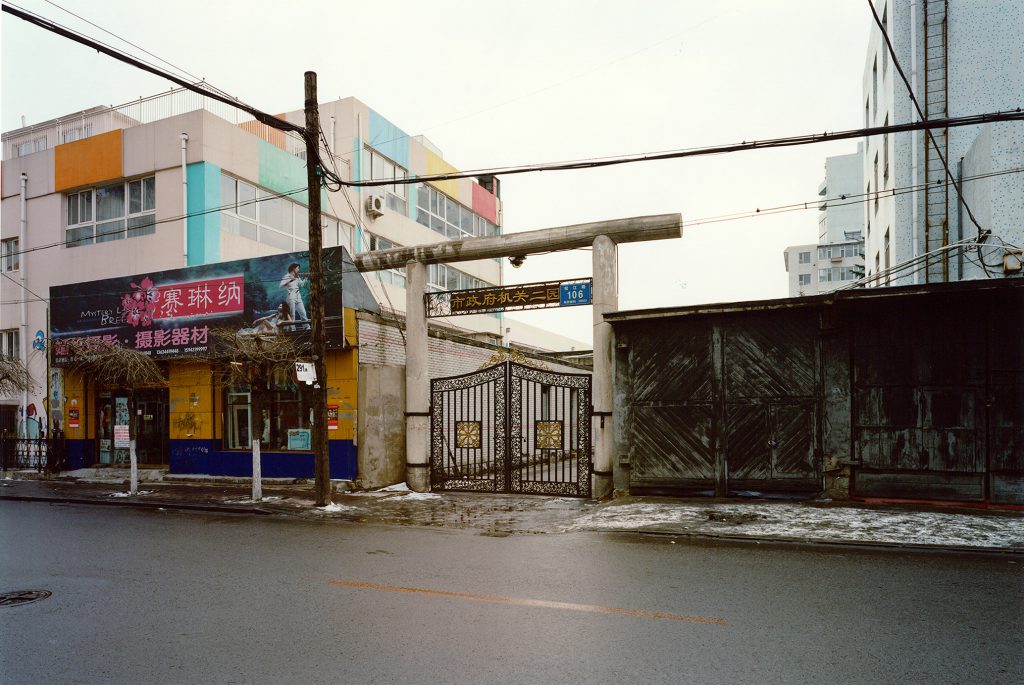 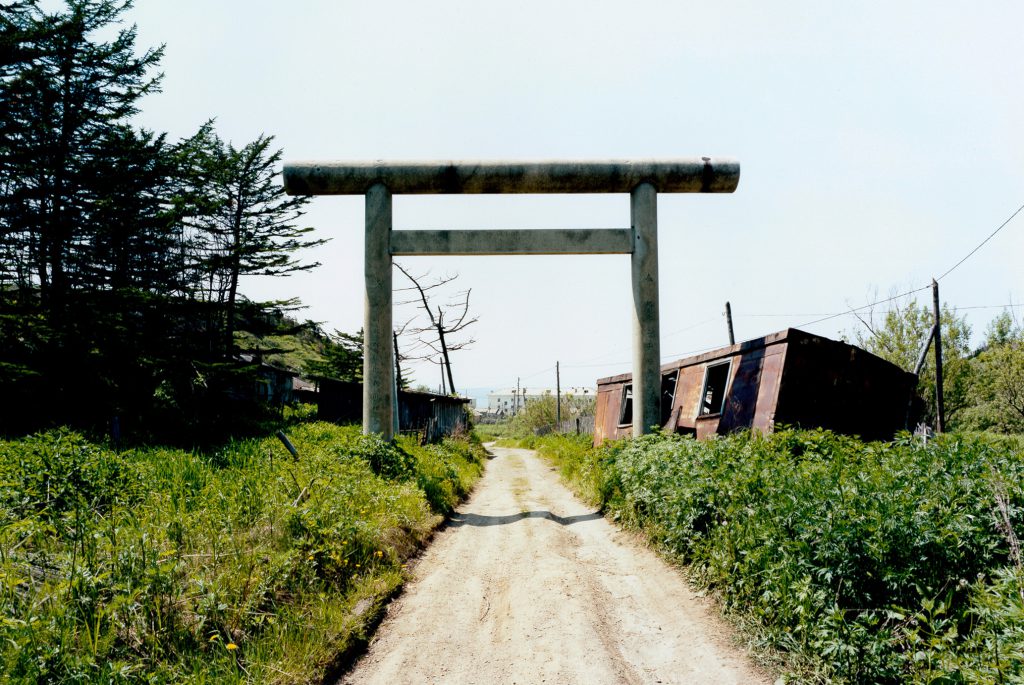 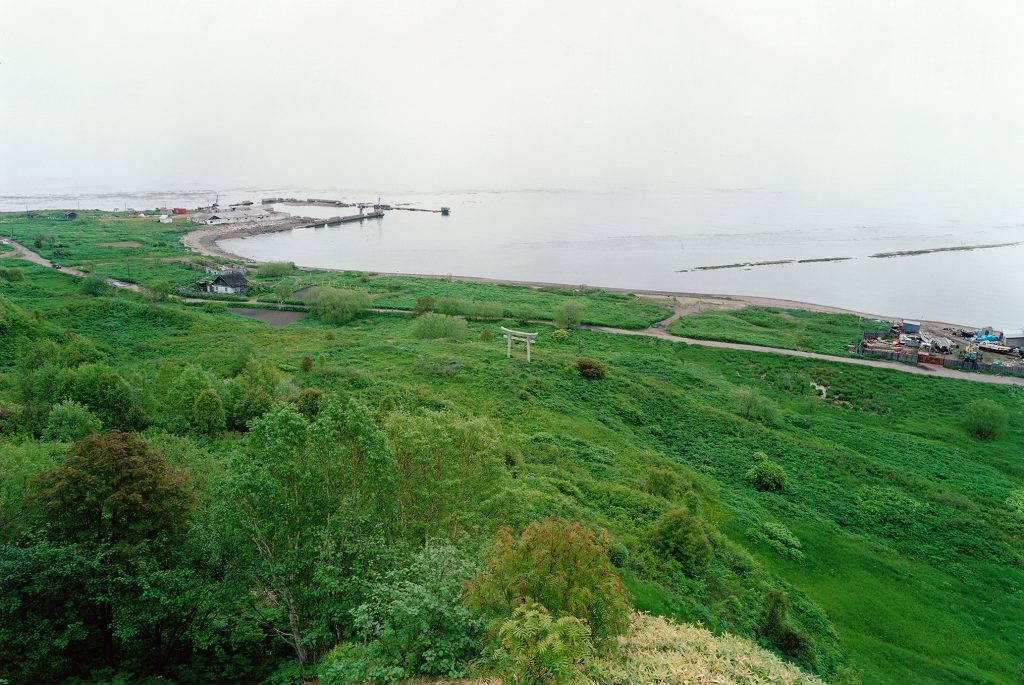 Motoyuki Shitamichi launched his Torii project in 2006. He proceeded to visit and photograph torii that are situated outside Japan’s current national border. Expansionist Japan constructed numerous torii during its occupation of the Northern Mariana Islands (now a U.S. territory), Northeast China (former Manchuria), Taiwan, South Korea, and Sakhalin (the eastern most area of Russia). Shitamichi’s work shows that, after World War II, the torii structures and their uses changed to suit local cultures and lifestyles in the respective countries. In Saipan, torii remain intact at cemeteries; those in South Korea have been destroyed and no longer exist. In Taichung City, a torii is laid on its side and used as a park bench. Many of the torii, which represent a symbolic shape in Shintoism, lost their significance. In this way, Shitamichi focuses on how symbolic shapes can be transformed into simple objects.

Traditionally torii are considered as barriers (borders) to distinguish the sacred from the secular. In fact, Shitamichi’s torii project is synonymous with his discussions about borders. Torii located outside Japan’s national border look different depending on the historical view, political situation, and culture of respective countries. The difference is attributed not only to the regime and large events such as war, but also to the gradual change in people’s daily lives. As life continues, memories of large events gradually fade due to the accumulation of small events. The consecution of small events transforms the landscape before people realize it. The torii that Shitamichi focuses on in this series encompass the time series in terms of both large historical events and small personal events. He borrows the landscape to provide the audience with opportunities to contemplate upon the visible/invisible, existent/nonexistent borders. In general, the Japanese people are too sensitive or try to distance themselves from issues regarding the national border, territory, and state, because they are not accustomed to focusing on such issues. Shitamichi boldly takes up these issues and quietly upsets the concept of “Japan” or “the Japanese people.” His works reveal relative, fluid, and personal borders that are different from those created by political ideologies or historical objectivity.

After graduating from Musashino Art University in 2001, Shitamichi traveled for four years throughout Japan and took photographs of war remains.  The photographs were published in his book Bunkers, published by Littlemore in 2005. Shitamichi feels strongly that seeing and feeling the actual thing is important, which allows him to explore the memory of scenery and to determine what fades away and what stays. He uses photographs, writings, diagrams and maps to illustrate the scenery through the aspects of archeology and presence. His work has been exhibited widely in Japan.
Biography
Motoyuki Shitamichi
Born 1978, Japan
Lives in Aichi
Related
Moving Stones, Paris
Closing of If These Stones Could Sing and Falling Wall, San Francisco
If These Stones Could Sing, San Francisco
Hong Kong: Soil and Stones, Souls and Songs, International
Manila, Philippines: Soil and Stones, Souls and Songs, International