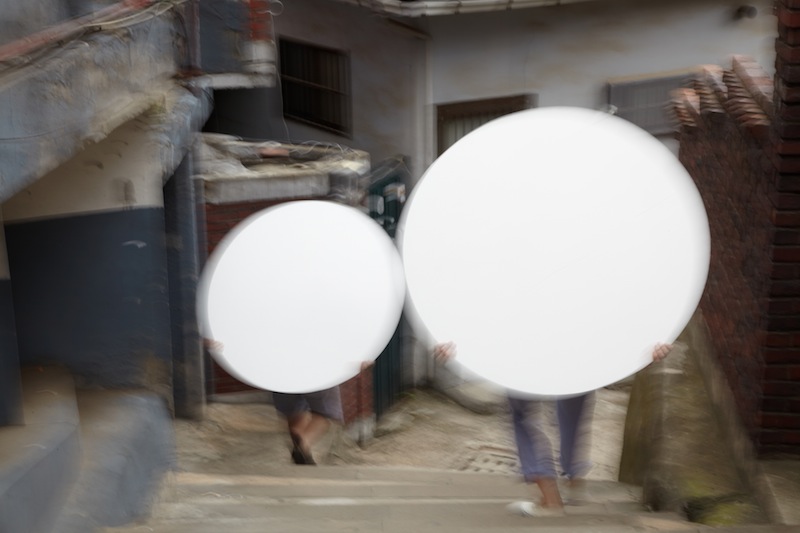 Turtle Walk is a video installation that documents two performers carrying large white disks on their backs as they walk through the urban environment of Seoul. The simple disks disrupt normal social behaviors in urban space, acting like parabolic antennae that cause the performers to interact and communicate unusually with their surroundings. The performance causes viewers to reflect on their expectations for normal behaviors within the social space of the city. The video appeared as part of Citydance, co-presented by Kadist and CCA Wattis, a series of screenings that asked, “How does our movement as individuals or groups shape the urban imaginary?”

Sora Kim’s work often involves procedures of gift-giving, spontaneous social interactions, and the role of numbers in our personal lives. She frequently collaborates with socially dispossessed people or engages the participation of her viewers. She studied at the Seoul National University and the Ecole Nationale Supérieure des Beaux Arts de Paris. Her work has been featured in the Venice Biennale, the International Triennale of Contemporary Art in Yokohama, and the Busan Biennale.