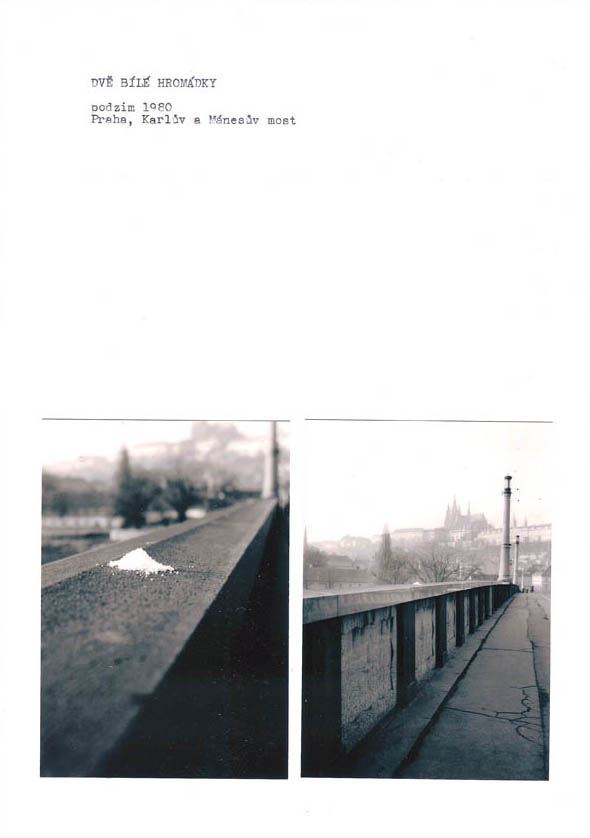 Kovanda’s street interventions are always documented according to the same format as the actions: a piece of A4 paper, a typewritten text giving a precise location and date, and a photograph. Contrarily to the actions, he took the photographs himself. One of the rules he stuck to in his artistic practice was to always use material at his disposal, a real economy of means. Since he worked in the Prague National Gallery store between 1977 and 1995, he was able to use left-over art handling materials like string, paper, wooden wedges and so forth.
Most interventions tended to be small in scale and ephemeral, with no particular audience since they occurred outside the art gallery space (certainly until the late 1990s). The white piles on two parallel bridges are bound to disappear. This poetic installation in urban settings is given two different perspectives, one photograph being a close-up. Kovanda states that: “They were often white… Maybe it had something to do with that out of place quality I was talking about. On the street, for example, the color white seems rather artificial. It provides a certain contrast.”