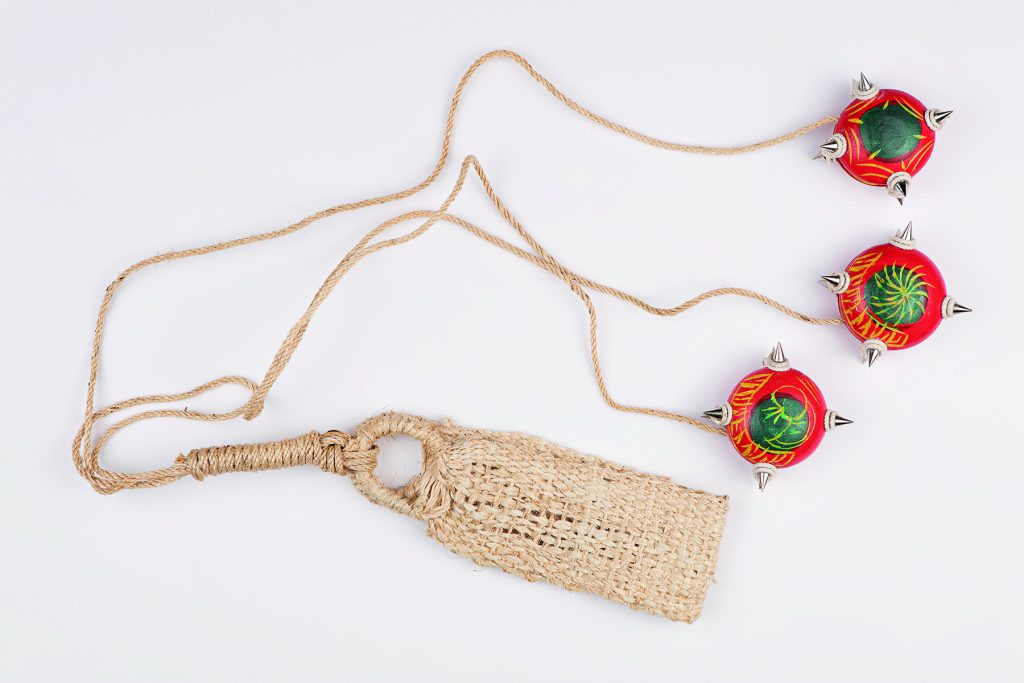 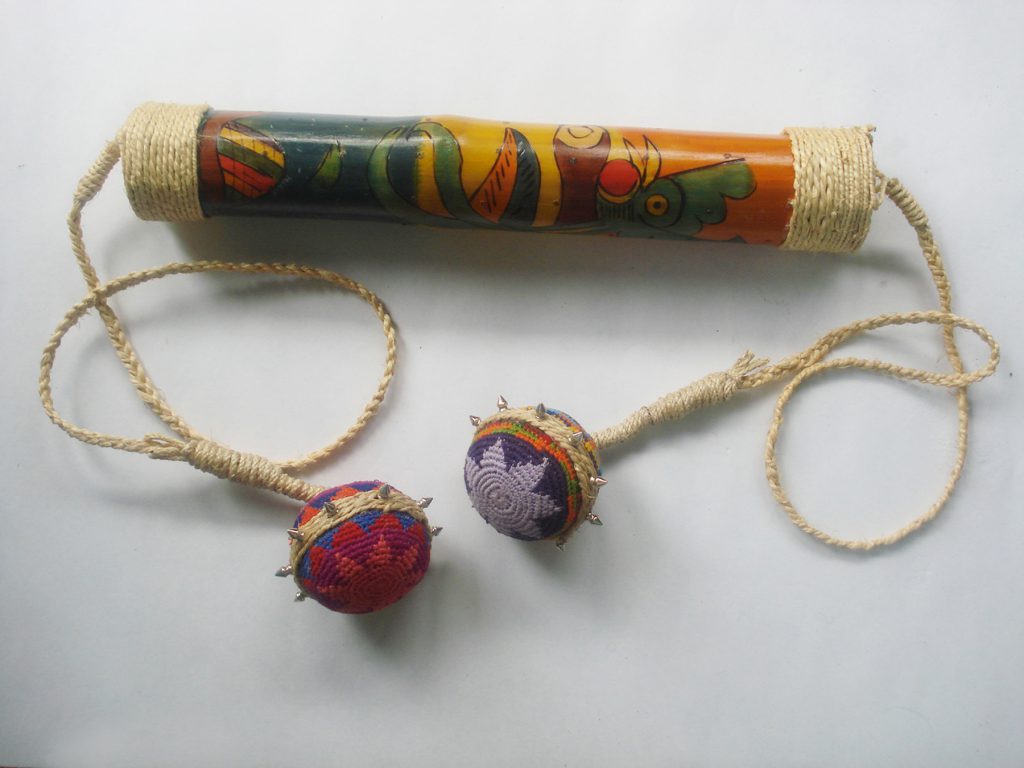 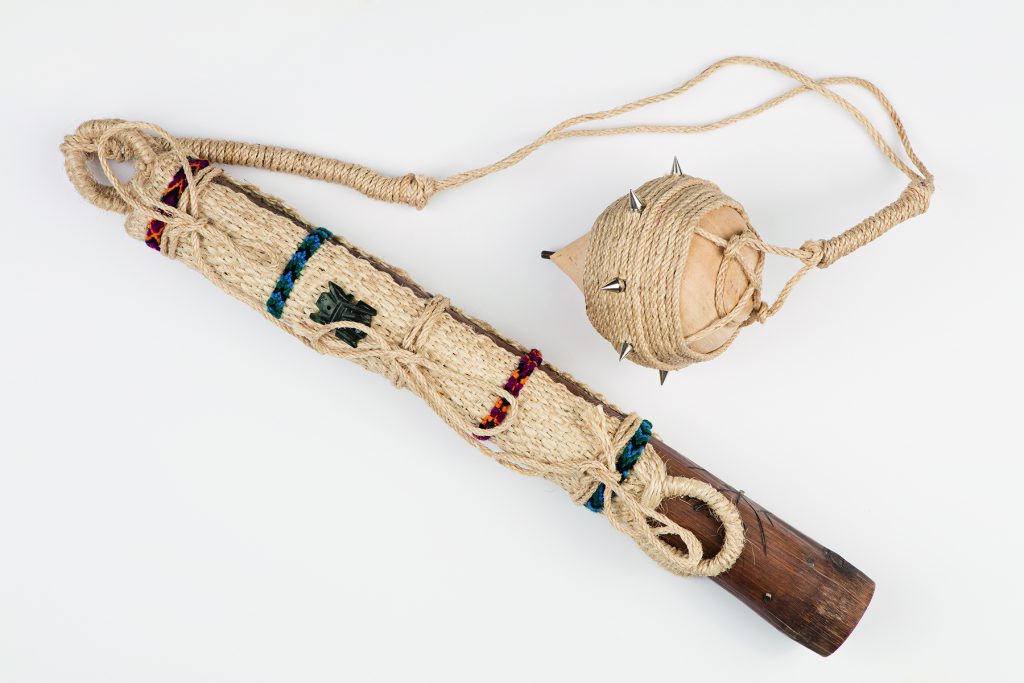 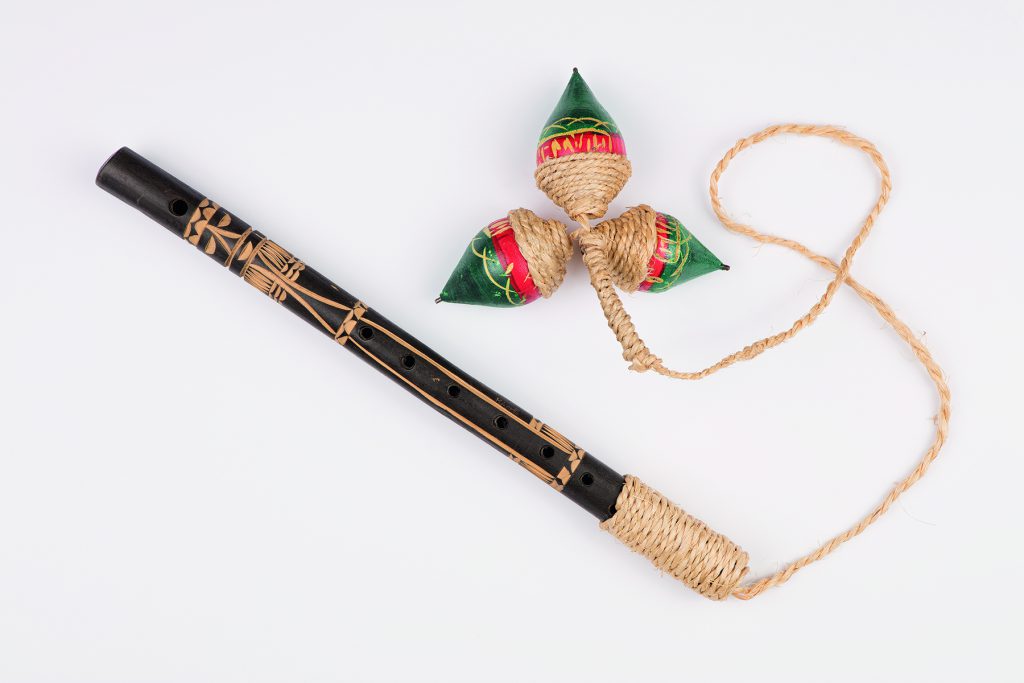 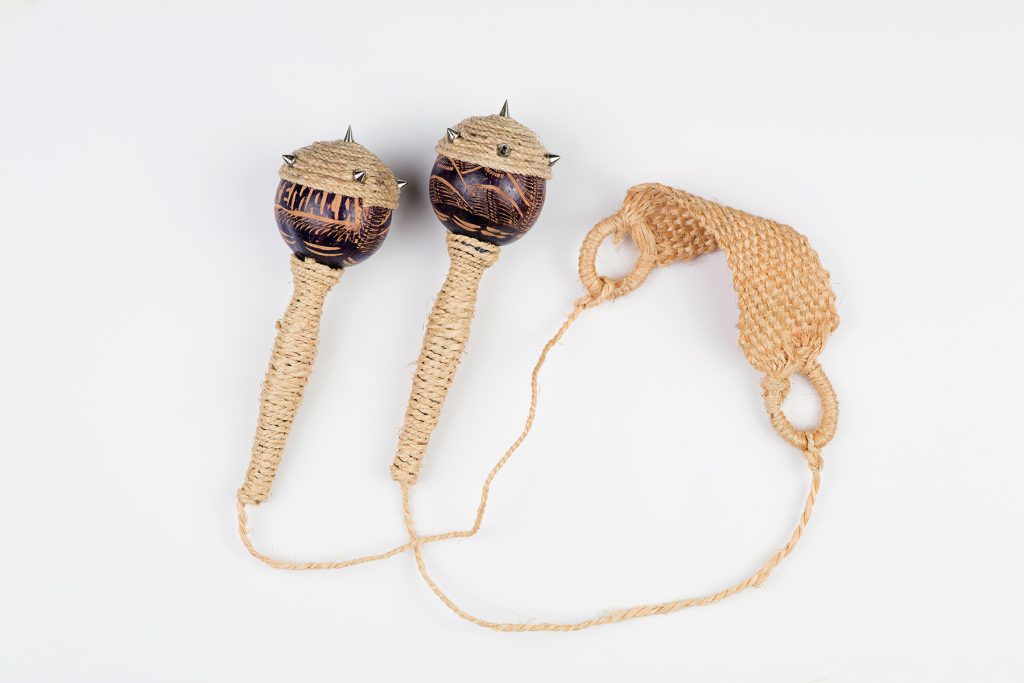 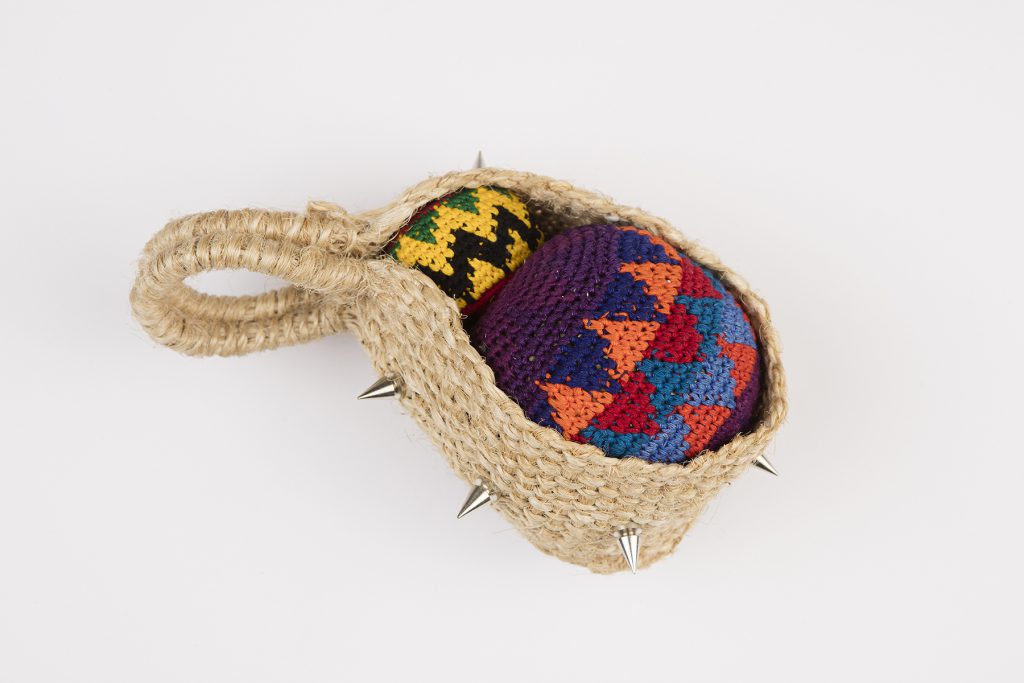 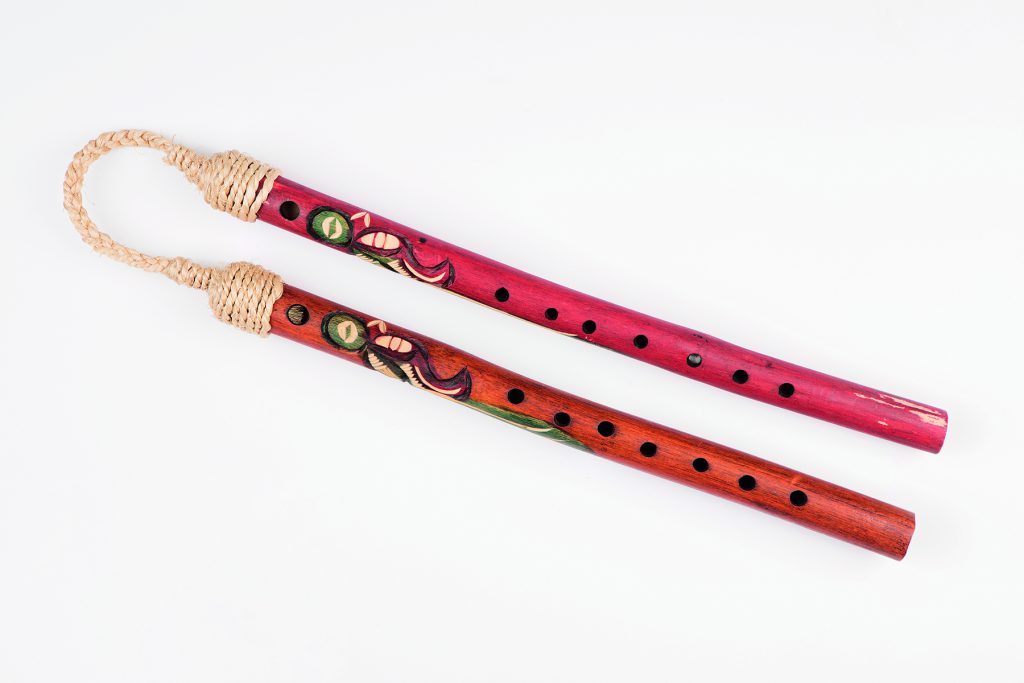 Typical Weapons is a series of sculptural interventions where Alejandro Marre transforms traditional Guatemalan craft objects usually sold as souvenirs into weapons. Wooden flutes, hacky sacks, and musical instruments are woven with rope to appear as nunchucks, slingshots, and other forms of armament. Designed to be exhibited as objects from an archaeological museum, the previously innocuous representations of Guatemalan popular culture acquire darker meanings as they come to symbolize the brutality and extreme violence that now mark the country. Representing Guatemala just as much as the souvenirs they are made of, Typical Weapons are icons of a culture in which violence and disrespect for human life have become deeply rooted.

Alejandro Marre belongs to a generation of artists who transformed the Guatemalan artistic scene immediately after a devastating Civil War that lasted over 36 years. A seminal work by Marre is a performance that took place in the year 2000 during the festival Octubre Azul in which the artist married a cow as his alter ego Doctor Virus, a character he assumed to expose macho, toxic masculinity and gender inequality in the institution of marriage. Other works by the artist also take their cue from tradition, misusing it as a means to address complex themes. On a series of traditional Guatemalan paintings, Marre overlaid motifs from popular Western television characters such as Barney the Dinosaur and Teletubbies as an analogy for the impact and cultural dominance that first world countries have in the third world. He has also subverted other ‘artesanias’ — craft objects which are the product of communitary cultural identity — to speak of the conflict and violence that has gripped his country for decades.
Biography
Alejandro Marré
Born 1978, Guatemala
Lives in Guatemala City
Details
Dimensions Variable
Wooden flutes, hacky sacks, and musical instruments are woven with rope to appear as nunchucks, slingshots, and other forms of armament
Related