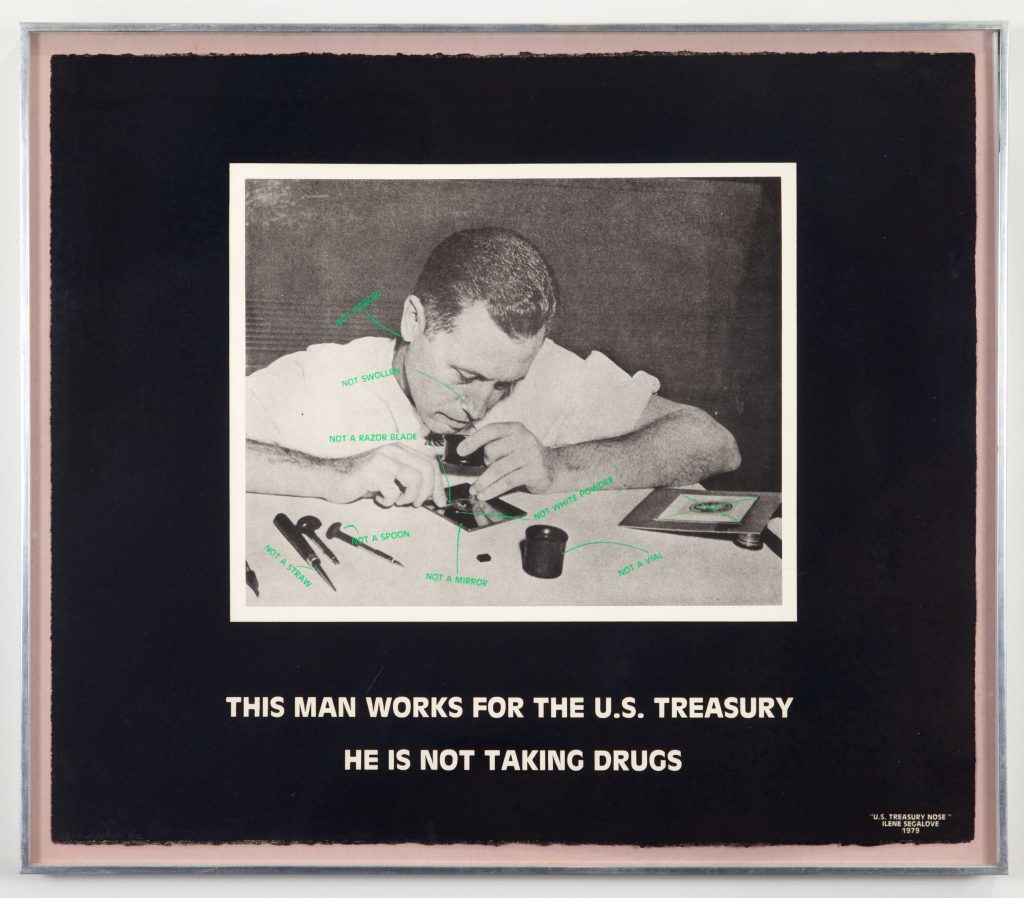 For the collage U.S. Treasury Nose Segalove appropriated an image of a governmental-type agent inspecting an object on a table with a magnifying glass. By inserting written comments like “not a straw,” “not a spoon,” “not a razor blade,” the artist equates the inspector with a cocaine user. In this way, with keen, deadpan humor, the artist refers to all the stereotypes and social clichés associated with drug abuse particularly in the 1970s. At the same time U.S. Treasury Nose suggests illegal activity related to drugs within the American government and its policies.

In line with the work of well-established West Coast conceptualists like John Baldessari, Ilene Segalove has been producing works in video, sculpture, photography, and mixed media for the past twenty-five years. While her early work deployed the bureaucratic style and deadpan humor of much 1970s conceptualism, it has not had the same historical reception as many of her male peers. And because she did not embrace the activist postures or the socio-political concerns of feminist artists, Segalove’s has not until recently received appropriate critical attention.