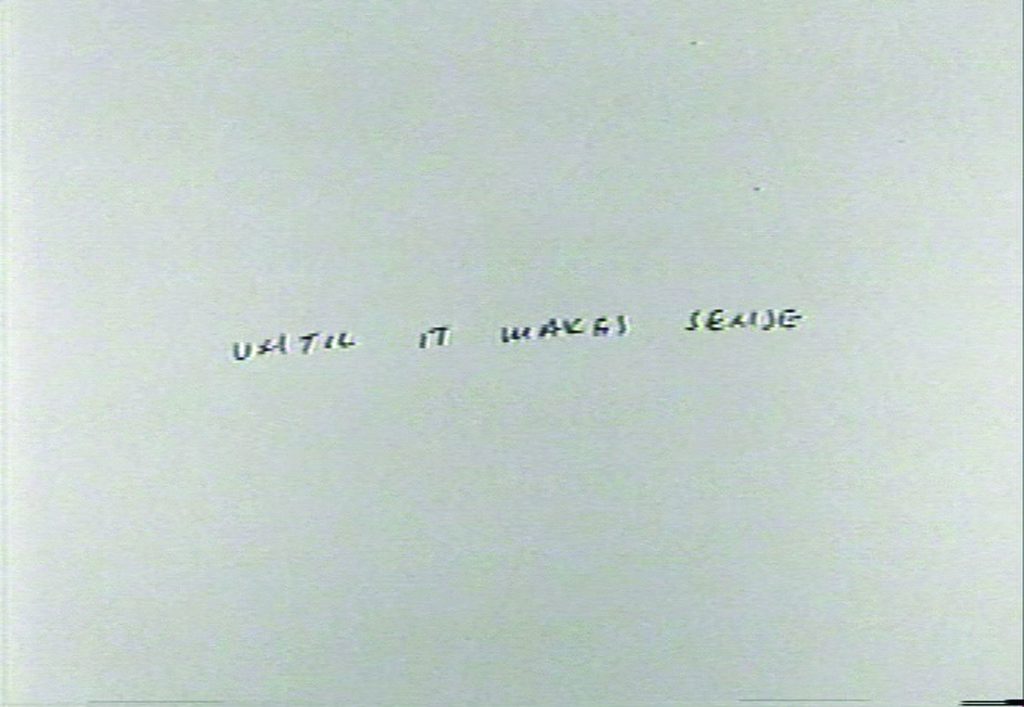 Mario Garcia Torres imagines cinematic devices to replay stories occasionally forgotten by Conceptual art. For him, this is a way of rethinking the tradition in a more personal way, to have a grip on events of recent history and examine them with a curiosity, both critical and sensual. The artist emphasizes the fact that new ideas and meanings may arise from these archaeological narratives. Until it Makes Sense seems to say that faced with the confrontation of heterogeneous elements, coherence can only emerge with the passage of time. It suggests yet that sensitive and personal observation, after all, is a valid form of interpretation of history.
Mario Garcia Torres makes his work from already written stories, whether real or fictitious. He creates new narratives based on documents and works of “mythical” artists such as Robert Barry, John Baldessari, or lesser known artists such as Allen Smithee or Oscar Neuestern.