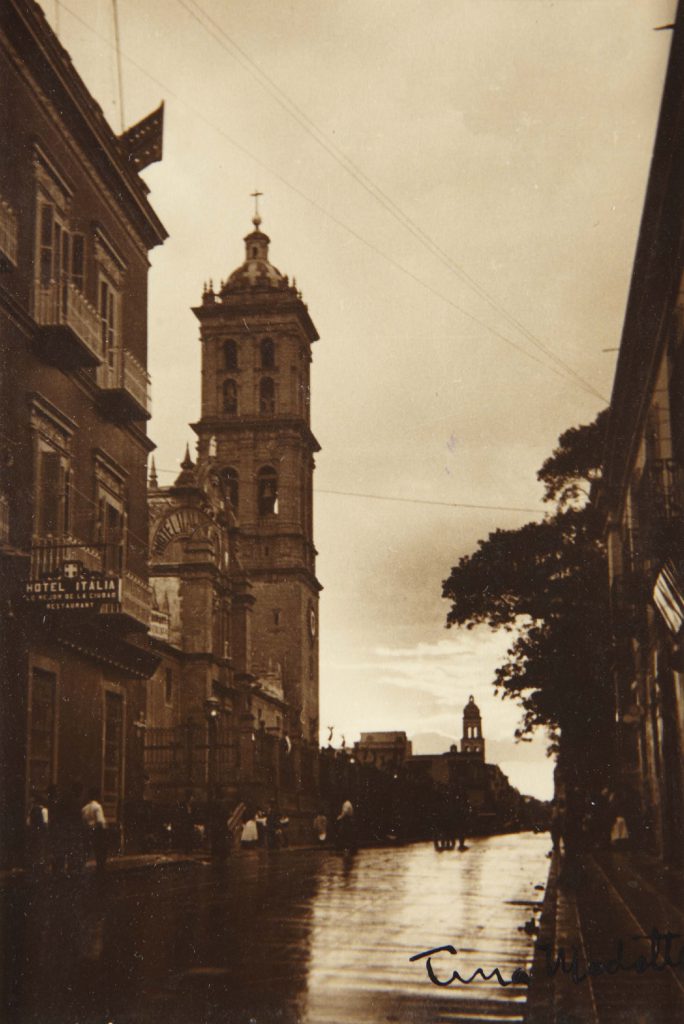 The Italian photographer Tina Modotti is known for her documentation of the mural movement in Mexico. She had a keen eye for architectural composition, and captured eloquent details using a delicate platinum print process. In 1929 she was deported from Mexico because of her involvement in the Communist party and went to Europe. Soon thereafter her work began to blend her eye for space and shape with a more critical social angle, often engaging in an overtly anti-Fascist discourses. Untitled (Cathedral) (ca. 1930), taken after her arrival in Europe, is an excellent example of her skillfully composed architectural pictures. It evokes ideas about how the composition of public spaces can influence both politics and cultural life.