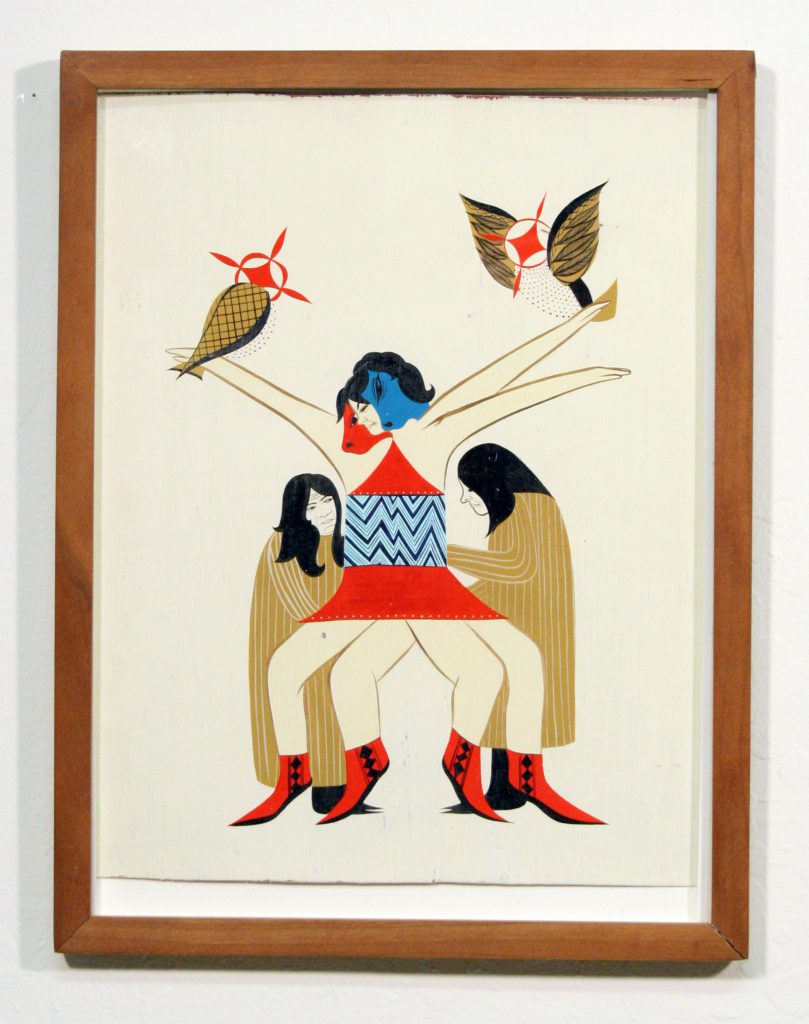 Rojas’s two pieces in the Kadist Collection—Untitled (four-legged…) and Untitled (Bird’s Eyes)—are representative of her pictorial style which uses bold colorful blocks of paint and female and animal characters. While Untitled (Bird’s Eyes) does not depict any actual women, it nevertheless alludes to gender roles and the power of the female gaze. Apparently playful, this scene of two animals has an ominous quality: A bird and a hedgehog confront at each other and the bird appears to be poking, even eating the hedgehog’s eye.

Trained in printmaking at the Rhode Island School of Design, Clare Rojas is a painter inspired in equal parts by cartoons, quilting, street, and folk art. Rojas’s works accompany other Bay Area “Mission School” artists featured in the collection such as Barry McGee and Alicia McCarthy. While her signature gouache paintings explore the intersection between fairy tales and feminist ideology, their stylized human and animal characters often tell stories imbued with dark humor.