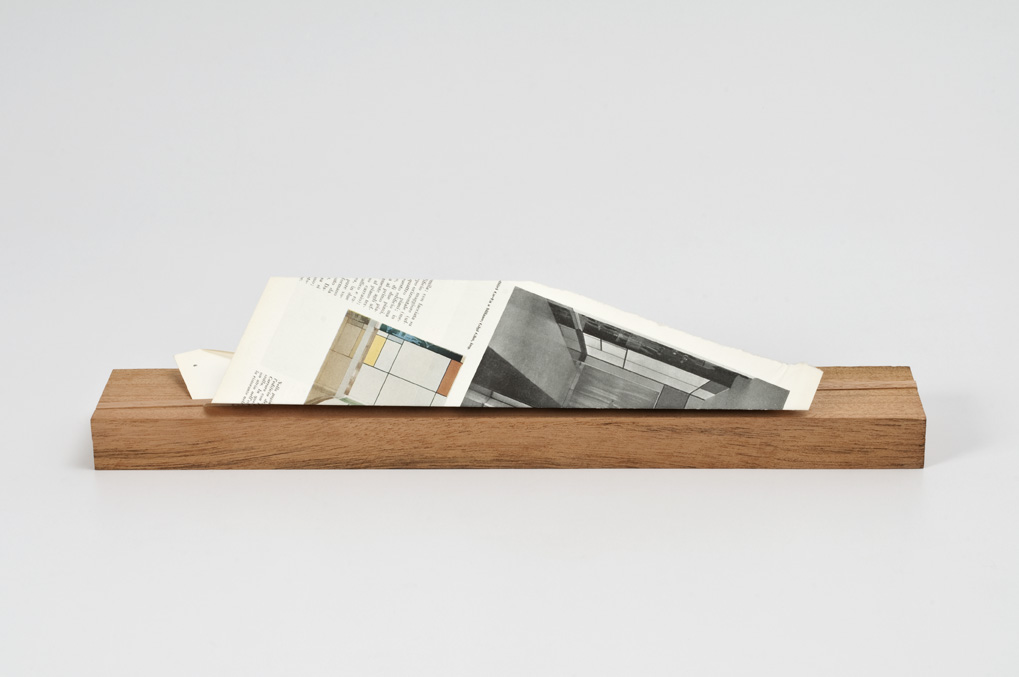 Untitled consists of a small wooden sculpture that leans against a wall. Here, a rectangular piece of wood holds a folded article from a vintage design magazine whose Italian text states: “Villa per una persona sola. Arquitectura Pasadena California.” On the flipside of the paper is a feature with different images of paintings and architecture, including a painting by Piet Mondrian. Sierra extracts and appropriates from this idea and evidence of modernism as a foreign paradigm exported through the printed media and reconstitutes a new form.

Colombian artist Gabriel Sierra’s work lies in the intersection between art and design. His earlier works took into account functional archetypes and space, leading him to name his sculptures as para-functional objects. These works embody his observations of different aspects of Colombian domestic environments and his interest in translating vernacular beliefs into conceptually sharp structures that speak to an international audience.