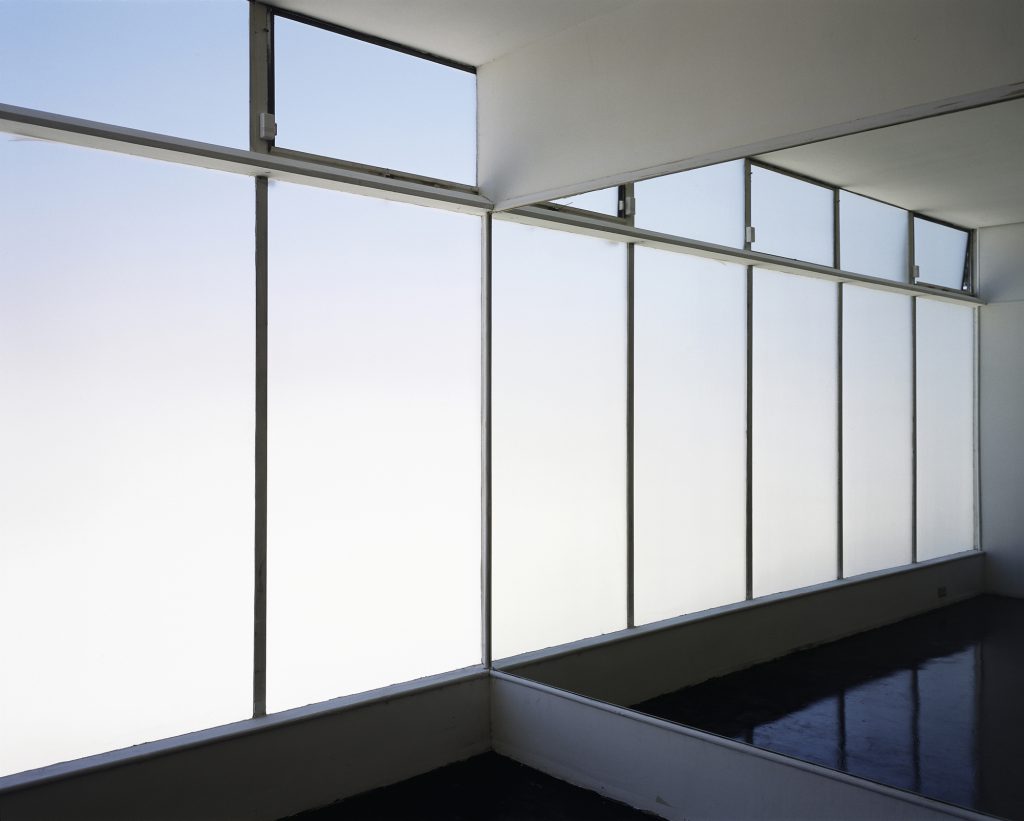 Lambri’s careful framing in Untitled (Miller House, #02) redefines our understanding of this iconic mid-century modernist building located in Columbus, Indiana. Commissioned by industrialist J. Irwin Miller and his wife Xenia Simons Miller, and built by Eero Saarinen in 1953, the Miller house’s open and flowing layout expands upon modernist architectural traditions. It features a flat roof, stone and glass walls, with rooms configured beneath a grid pattern of skylights and supporting cruciform steel columns. Rather than a distanced view of the overall structure—favored by modernist architectural photographers like Julius Shulman—Lambri instead works from the inside, focusing on Saarinen’s windows and the soft, even light. The resulting image is a poetic abstraction, an architectural photograph that yields not only a picture of a building, but suggests what it actually feels like to be in that architectural space.