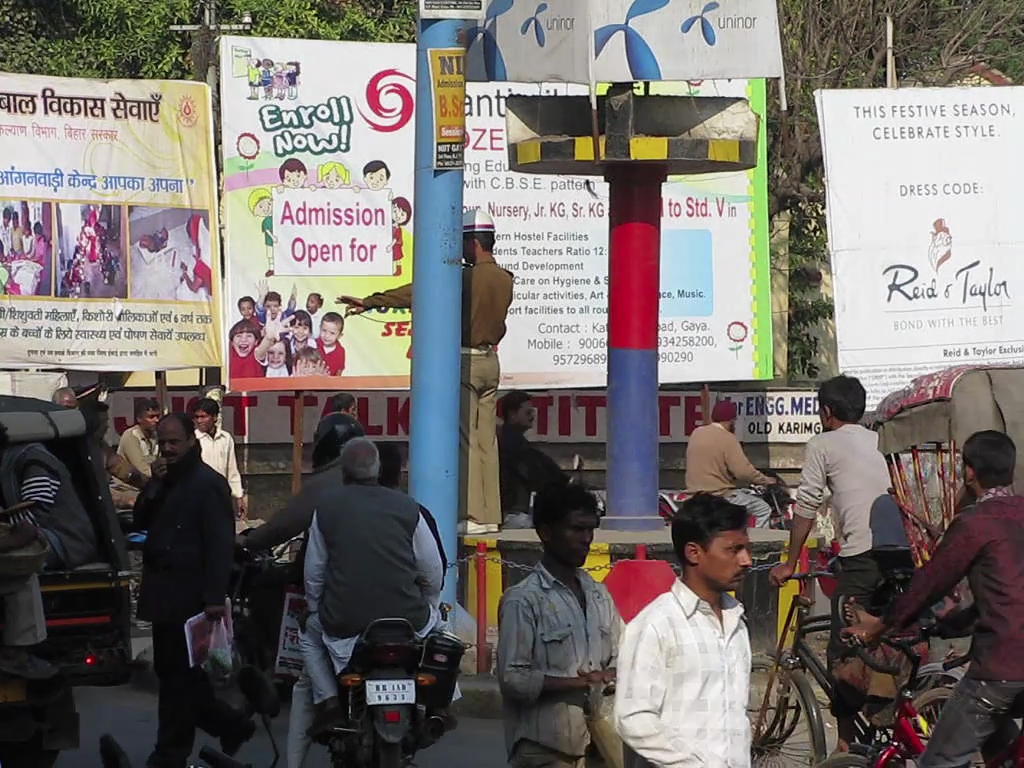 “Untitled” was filmed in Bodh Gaya, India during a residency in 2011. There, he came across a scene that appealed to his interest in the political and social aspects of modernity. He filmed a policeman who, seemingly, is controlling traffic. Yet, when closely observed, the policeman is powerless to the overwhelming flow of vehicles and people. The policeman swings his arms and gestures as a show of control, but is unable to influence any change. The flow of traffic is random and chaotic; his perch in the middle of the road positions him on an island in a sea of humanity. This video is of the extinction of a job once important to the day-to-day of the urban environment. The man, convincing himself through his gestures that his work is of use reminds the viewer of the inconsequence’s of individuality in the face of unleashed modernity. The work is a metaphor for the life of an individual. Life passes by and we mostly leave no trace of the individual. In the tradition of absurdism central to French culture in the 1940s and 1950s, “Untitled” is a witty, poignant and thoughtful interrogation of contemporary life.