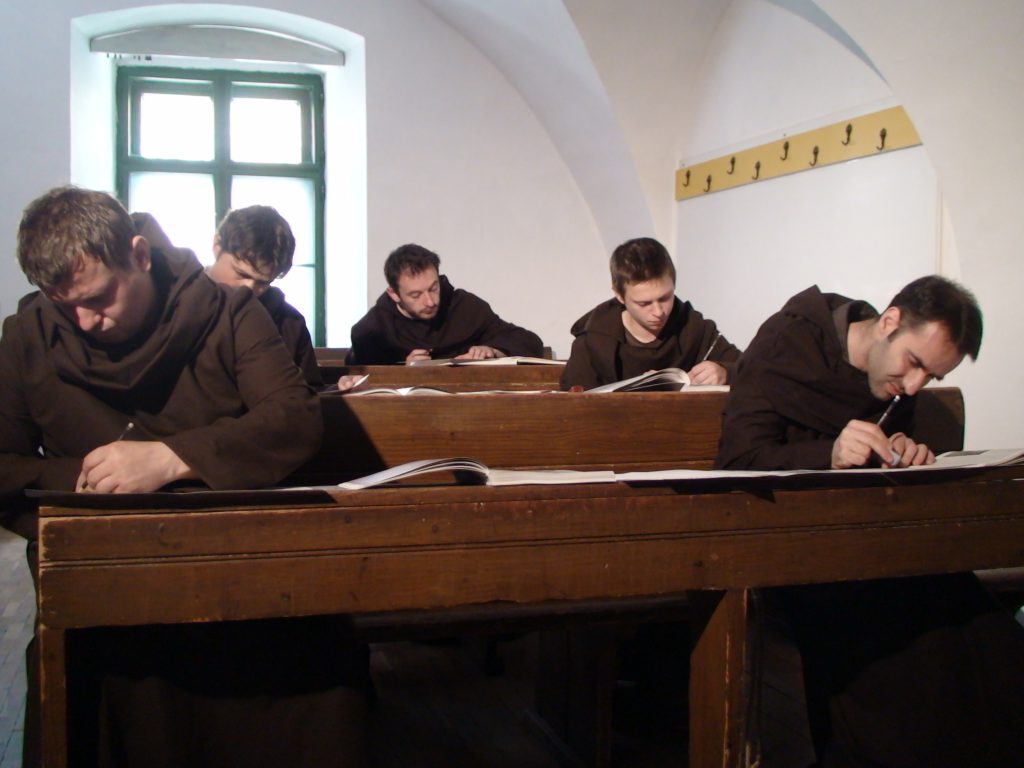 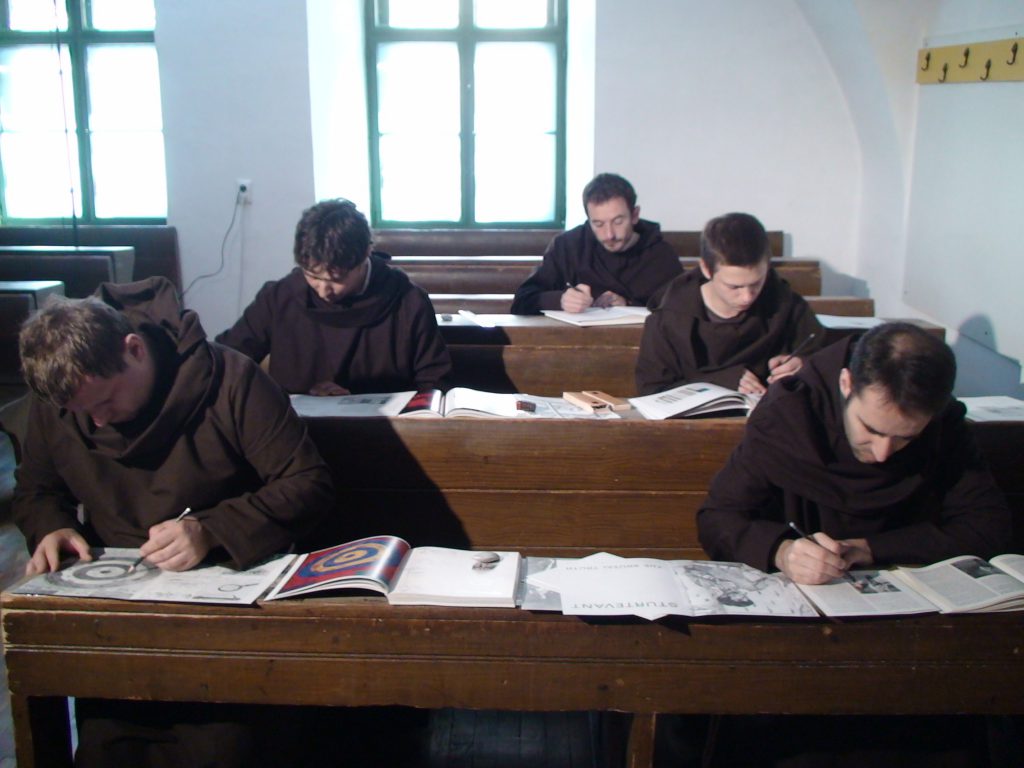 Ciprian Muresan asked a group of protagonists to wear a monk’s robe and copy a certain number of artworks and texts from exhibition catalogues. Here it is no longer the Bible that is reproduced but works by Malevich, Mondrian, Beuys, Duchamp. These artists represent a certain form of utopia in art and are themselves quasi-mythical figures. The fact that they are copying these works from a catalogue reproducing works by Elaine Sturtevant who in turn has appropriated work by other artists (mostly works made by men) creates an even greater distancing in the actions of these copying monks.
The authenticity of the artist’s gesture defended by Modernism is rejected and recalls the status of the artist during the Communist era. This also considers this post-Communist era in which artists easily enter the economic system of the art market in today’s globalized world and proposes an ironic comment on the diffusion of images in this internet age. Rather like in the work by Mladen Stilinovic, this is acts as an interrogation on the loss of meaning of certain icons in Western art, a questioning of the negative and positive consequences of a meticulous repetition of the past.

Ciprian Muresan appropriates historical, political, social and cultural (essentially artistic, literary and cinematographic) references which he re-contextualizes. He analyzes the mechanisms de diffusion of culture, the ambivalent relations between the memory of recent history and the experience of current realities, as well as the relations between political power, religious power and civil society. With simple gestures, themes and methods borrowed from popular culture, he tackles art in an expiatory manner, returning importance to personal expression and experience. Ciprian Muresan belongs to the generation after the fall of the former Communist regime who deal the aftermath of political and social history of his country, in a post-conceptual mode, without necessarily inscribing it within the traditional East/West opposition. Instead, on the contrary, he approaches this history as an integral part of a larger whole, and is interested in questions linked to the disturbances in contemporary society following the declining of Modernist utopias and in the impact of new technologies on our visual culture. Ciprian Muresan was born in 1977 in Cluj, Romania. He lives and works in Cluj, Romania.
Biography
Ciprian Muresan
Born 1977, Romania
Related
General Rehearsal (Moscow), International