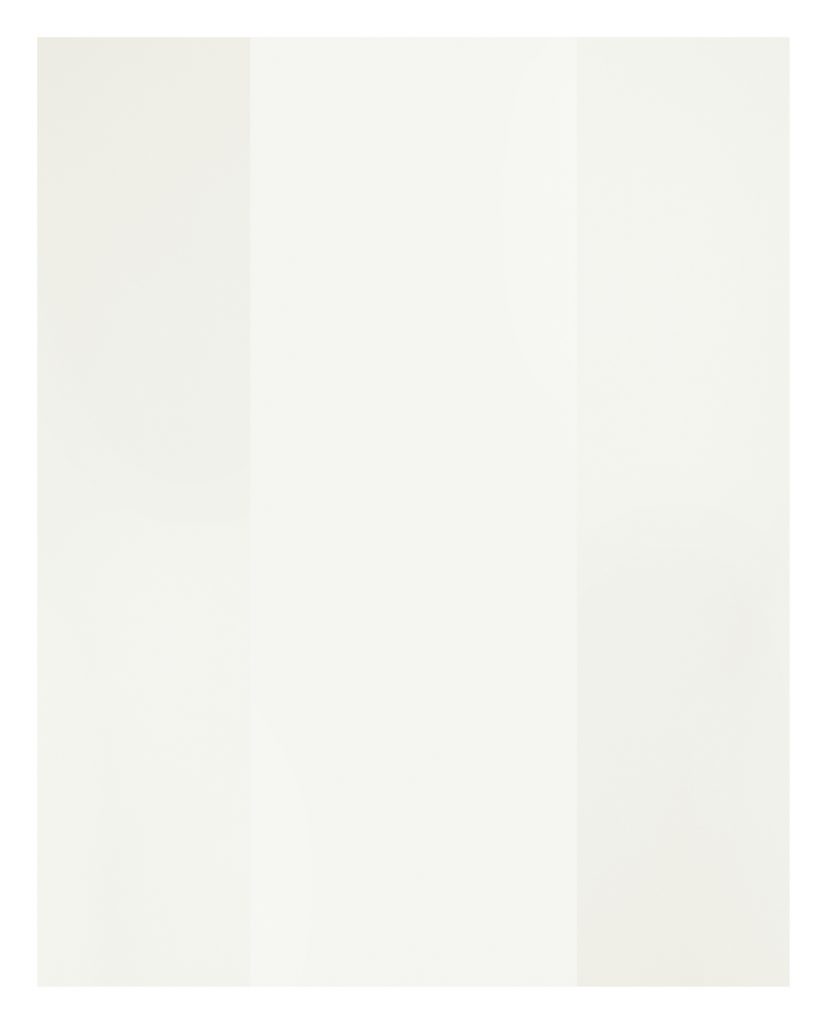 Custom-built for a silent film star in 1934 in Santa Monica, the Sten-Frenke House is an idiosyncratic icon. Designed by the architect Richard Neutra, its gray glass, white expanses, and simple forms exude austerity. Luisa Lambri’s photograph Untitled (Sten-Frenke House #04) (2007)recalls the unembellished elegance of the structure while also alluding to modernist painting; the image is less a picture than an abstract expanse that conveys its own flatness. Whereas avant-garde paintings strove to suggest nothing but their own essence, Lambri inverts this aim, using the two-dimensionality of the photographic print to point elsewhere.