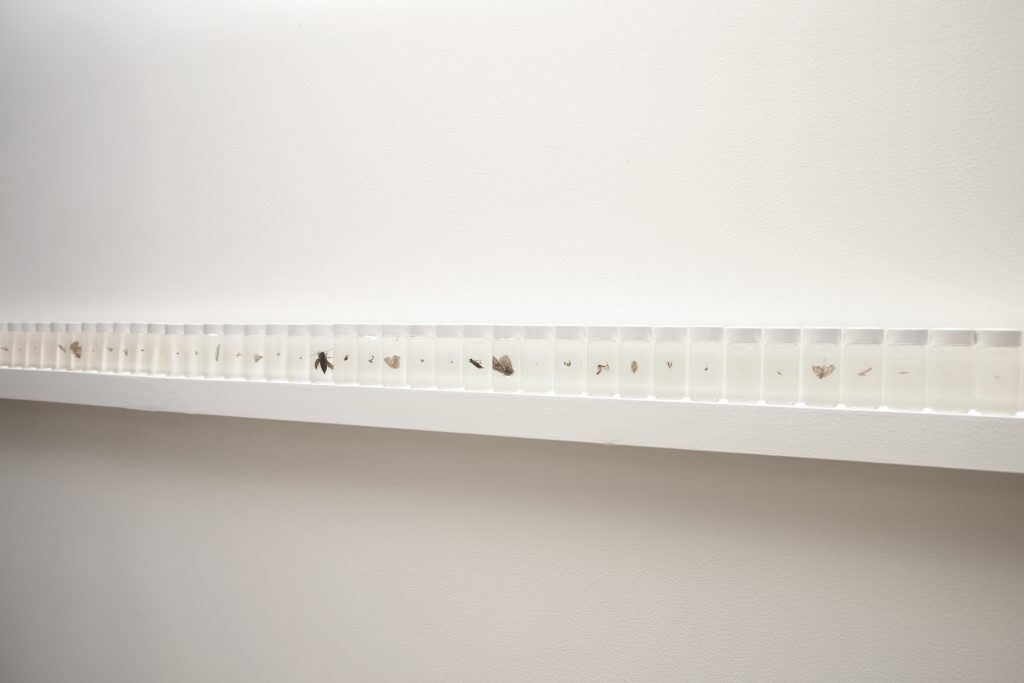 Created during Zhao Renhui’s residency at Kadist SF in 2014, Zhao Renhui began observing and cataloguing insects inspired by the scientific impulse towards exhaustive taxonomy of Sacramento-based Dr. Martin Hauser, Senior Insect Biosystematist at the California Department of Food and Agriculture, and longtime acquaintance of the artist. In Villa Dei Fiori, September to November, Zhao Renhui tracked and collected multiple insects within the everyday urban environment, either finding the insects dead or following them around for few days.