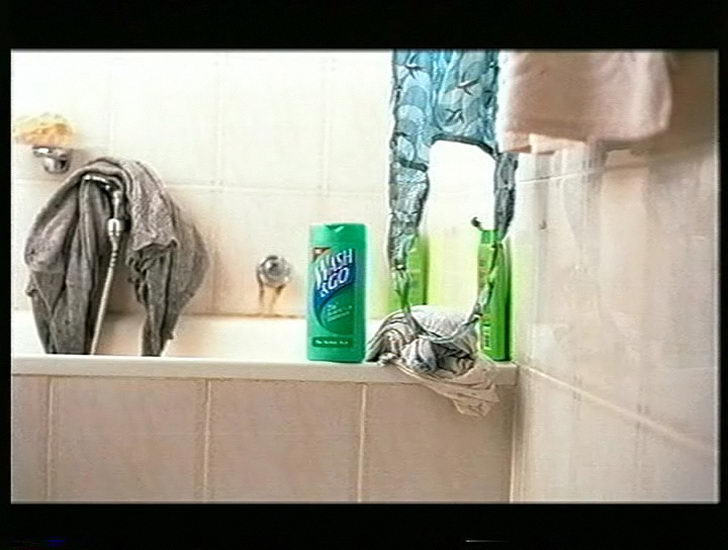 Wash and Go (2001) is divided into two stages and operates like a slide show. In the first part, the camera scans the interior of an apartment, focusing on elements of daily life to finally settle and frame a bottle of shampoo with the slogan “Wash and Go.” The camera isolates the word “Go ” and slides over the word “Away”, and then takes focuses on another slogan “The People You Need are only a touch away.” Afterwards, the camera gradually widens its frame to reveal a billboard campaign in the streets of Tirana. The images reveal a devastated city, dotted with scrappy buildings, and urban noises – each of who accompany this vision of abandonment.