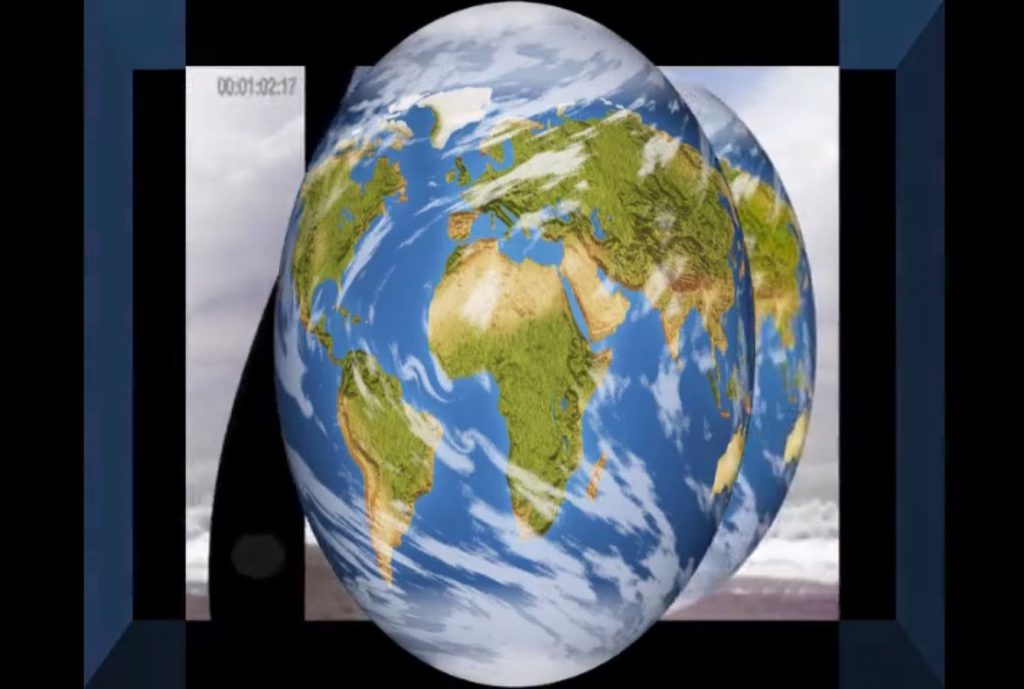 Dineo Seshee Bopape, Why do you call me when you know i can’t answer the phone, 2012. Video.

Interested in the collection of object and their potential to evoke various emotional reactions in the audience, Bopape’s “Why do you call me when you know I can’t answer the phone” is an invitation into the limitless netherworld of the unsaid and unspoken. Exploring the metaphysical landscape of secrets, lies and psychosexual ambivalence, this work is an attempt to create a site for contemplation. The video ventures to provoke a rhythmic trance through transporting the mind into a distant illusionary world constructed by vignettes of fractured spaces. Bopape interrogates the notion of space within vide through a celestial journey to a contemporary sublime disturbed by constant movement and disruption. Through employing images and sound that are loud and dissonant and displaced Bopape isolates her references creating a sense of awe, anxiety and dysphoria within the chaos. “Why do you call me when you know I can’t answer the phone” challenges the viewers understanding and familiarity to contemporary objects, animals and landscapes.
“My work is a search through a minefield of metaphors in spaces: spaces of memory and of the present, spaces of the real and the imagined, the hidden and revealed. It is an attempt to conceal and mask, whilst simultaneously to peel away the husk and layers that crust over secretive stories embedded in objects and in people.”
– Dineo Seshee Bopape

Dineo Seshee Bopape (b. Polokwane, South Africa, 1981) is known for her playful and experimental video works and installations of found objects. Through weaving together a variety of media, from video and installation to drawing, painting and performance Bopape’s practice focuses on the performative aspects of culture. Bopape engages the viewer with the explicit questioning of political and social positioning’s of the self and other. Taken from her own experience, Bopape traverses themes of sex, gender, race in her dense and chaotic installations of brightly colored objects, often accompanied by plastic bags. Bopape’s installations refuse and calls attention to consumerist culture and waste to provoke an ethical response by the audience in positioning themselves within this challenged environmental landscape.
Biography
Dineo Seshee Bopape
Born 1981, South Africa
Details
10 min 42
Video
Related
Cosmic Mumbo Jumbo, San Francisco
Cosmic Mumbo Jumbo, International
Dineo Seshee Bopape, Paris