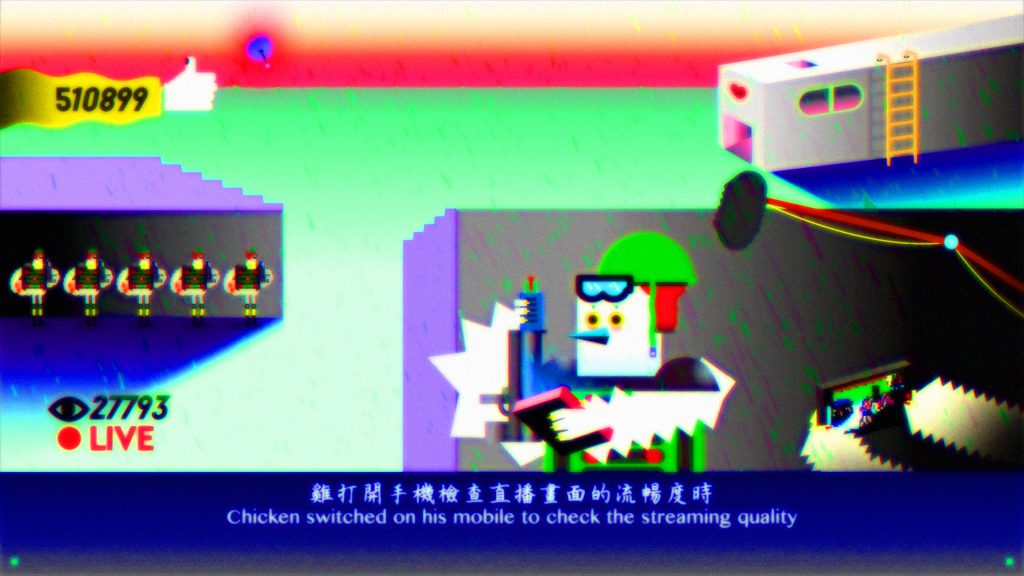 His madcap video, Wong Ping’s Fables 1, might at first appear to resemble a crazy screensaver. Grid-like patterns allude to the work’s deep digital structure, while comic-book imagery illustrates a set of curious moral parables. The video tells the story of Elephant, an intellectual who discovers second sight; Chicken, a police officer with Tourette Syndrome who accidentally kills his family; and Tree, a bus passenger forced to confront his darkest fears. They are flawed characters, and Ping annotates each of their stories with a short critical maxim. The artist wrote: “The tradition of fables providing a maxim is like the tradition of the artist’s statement… It tries to explain work that often doesn’t need it. But in the internet era, maybe we don’t have the time for long fairy tales—we want everything to be short and pithy.”