Carolina Caycedo
YUMA, or the Land of Friends 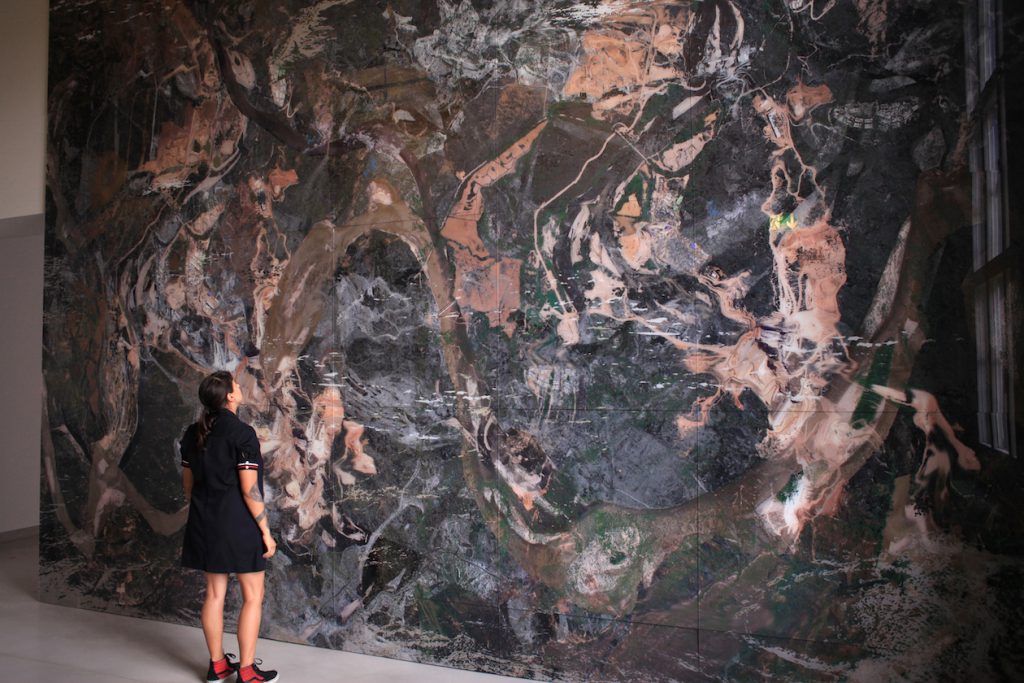 YUMA o la tierra de los amigos (YUMA, or the Land of Friends) is a large mural containing a series of satellite photographs mounted on acrylic. The mural contrasts and mixes multiple layers of these satellite images capturing the progressive devastation of the El Quimbo dam on the Yuma river (Magdalena), in the Department of Huila. The project was originally produced for the 8th Berlin Biennale, and developed out of the artist’s research into waterways, their political and cultural impact, and their historical development. In this work she focuses on the particular case of the El Quimbo Dam in Colombia, a dam along the Magdalena River and the first hydroelectric power project in Colombia to be constructed by a transnational, private corporation, signifying the transition of this geographically, ecologically and historically important public body of water into a privatized resource. The dam’s construction required the redirection of the Magdalena River, the main fluvial artery in the county, affecting a vast area and displacing the indigenous population of the region. Through this case, Caycedo investigates the destructive cultural and environmental consequences of erecting dams, as well as the desire to master the course of nature and the complicity of state power in quelling social unrest.

Carolina Caycedo engages with issues and contexts that affect a broad public on an everyday level: in her work, art functions as a pretext for offering up utopian models to inhabit a world in which individuals and communities are increasingly subject to com-modification, exploitation, and discrimination.
Biography
Carolina Caycedo
Born 1978, UK
Related
Carolina Caycedo, BE DAMMED